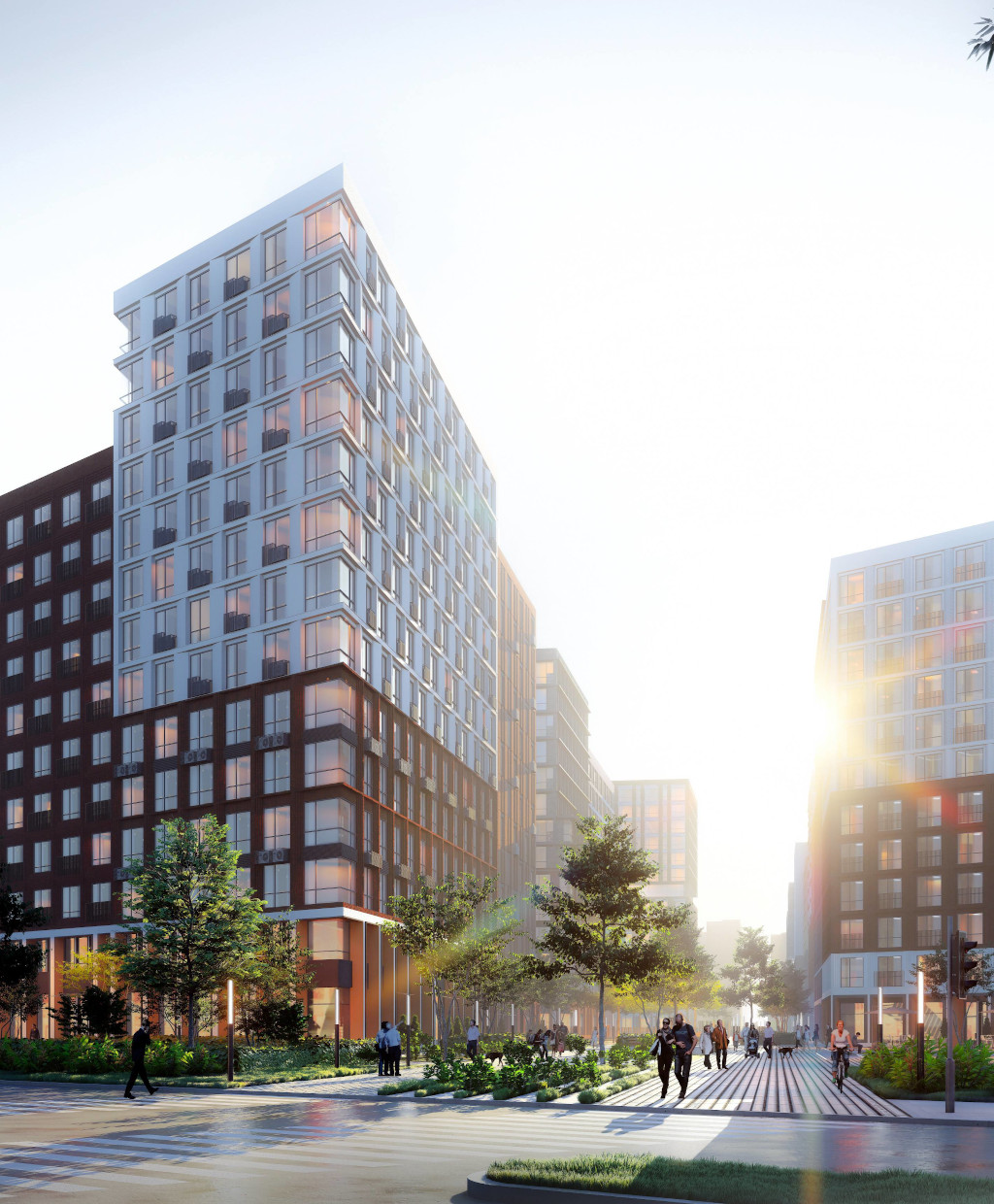 A.Len Architectural Bureau created a consortium with KCAP + ORANGE Architects, and prepared a draft plan for the layout of the territory of the former grounds of the freight yard of Vitebsk Railway Station, part of the "gray belt" in Frunzensky district of St. Petersburg. This project continues the construction project of Ligovsky City microdistrict by Glorax Development. The 1st City Block has already entered into operation, and construction of the 2nd City Block project is nearing completion. This territory of 30 hectares has excellent transport accessibility, and plans are to build Borovaya Metro Station to the immediate north from the site. The global goal of the project is to create a new attractive and comfortable microdistrict of St. Petersburg for some 8600 residents, with its own commercial and social infrastructure. Plans include opening restaurants and cafes, entertainment venues, retail outlets, service companies, sports facilities, four kindergartens, a high school, ground-level, and underground parking lots.

The architects of the joint team of A.Len and KCAP + ORANGE Architects decided to preserve the spirit of the place and the memory of its past, which was reflected in the composition of the site. The railway tracks became linear parks and long promenade zones. The platforms will be replaced with buildings from 4 to 16 floors of different configuration; the remaining elements, such as cranes, light posts, rails, the caretaker's house, warehouses and container yards prompt specific design features of the new district. These will be used to create historical depth and atmosphere for alternating developed and free spaces. This approach is known as adaptive repeat use. This approach was used to make ports and railway districts in European cities popular places for creating new urban fabric. The quality of these places is achieved by combining historical and contemporary structures, juxtaposing scales and merging formal and informal use of those or other spaces or articles.

The construction layout consists of long narrow buildings. The volumes of the buildings extend from the linear construction spot. The base will be formed by mid-rise buildings, complemented by smaller volumes with contrasting facades, and combined with elements with industrial aesthetics.

In the north the territories will flow into the urban landscape along the intersection of Ligovsky Prospekt and Ulitsa Tosina, across from the currently constructed Borovaya Metro Station. It is the northern part of the island-type microdistrict with commercial areas that is expected to become a point of attraction for city residents. The area narrows toward the south, while the number of floors grows, with three towers becoming the crowning jewel of the whole development.

The parks created where railway tracks used to be, the so-called green corridors, will become public courtyards and open spaces with sports facilities, recreational facilities for adults, children's playgrounds, places for romantic get-togethers, paths for jogging and cycling.

Ligovsky City is a green city island, designed in the best European traditions of renovating industrial territories. This project serves as a good example of setting up green spaces of great quality for comfortable living.