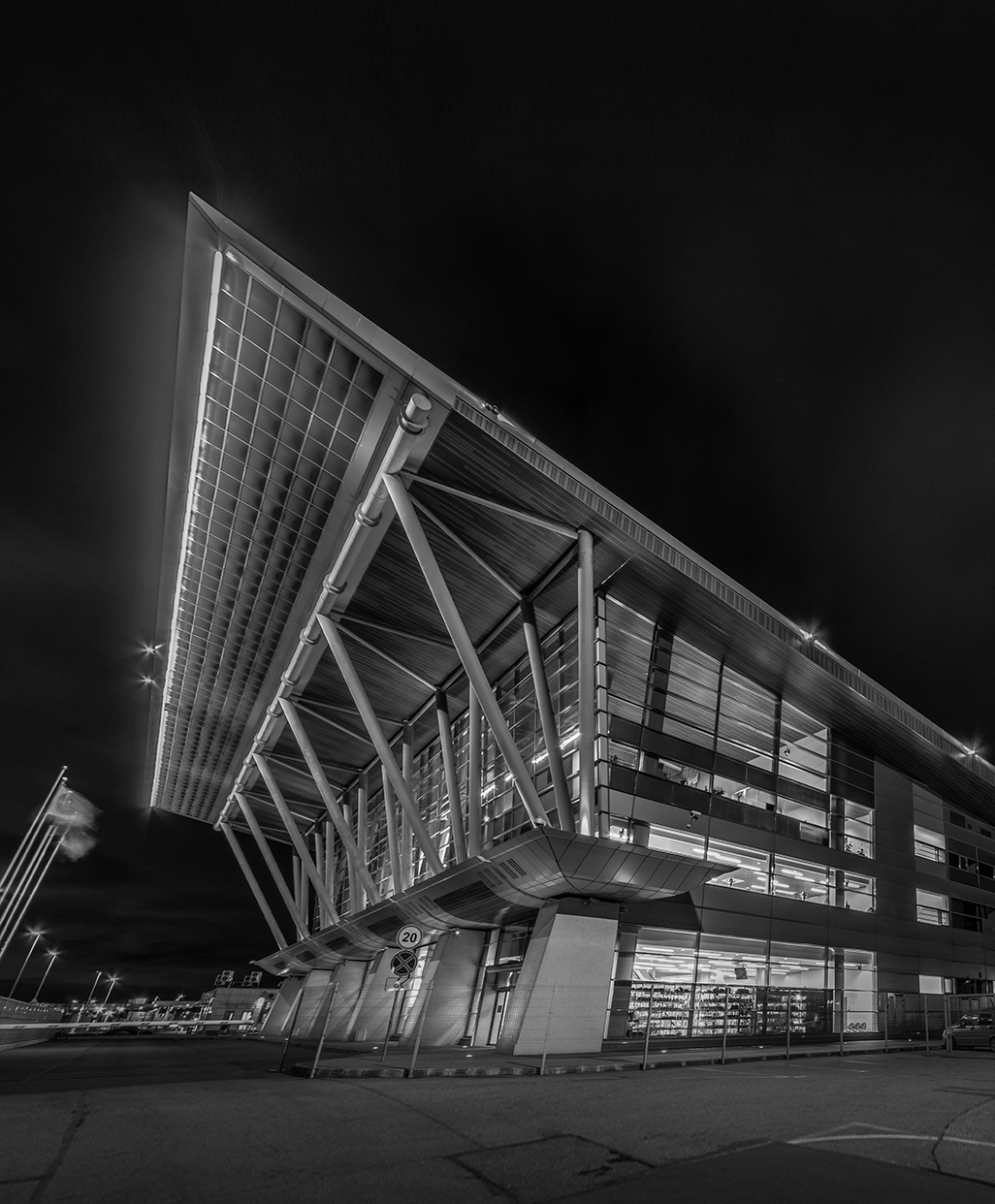 Europe’s largest specialized passenger port, and the first and only in the Northwestern region of Russia.

Sergei Oreshkin: ‘When designing one of the largest ports in Europe, we suggested shaping the building like a coiled up roll, but, during the process of remedial works, the terminal became a modular site with a pronounced techno design style.’

The marine passenger terminal includes the buildings of the cruise and ferry terminals; overground galleries connecting the exits from the cruise ships with the second floor of the ferry terminal; the port management center (PMC); and service buildings for entry checkpoints.

The passenger terminals (pavilions) are built with metal frames and large stained glass windows along the facade. Interestingly, Russia’s state border, along with customs and border control, runs through the inside of the buildings.

The main compositional features of the marine terminal buildings are the inclined canopies and the columns positioned under them. The auxiliary buildings of the passenger terminal have an equally laconic design – the architects used alternating dull and glassy surfaces for the facade and a slight shift in the size of the building’s units.